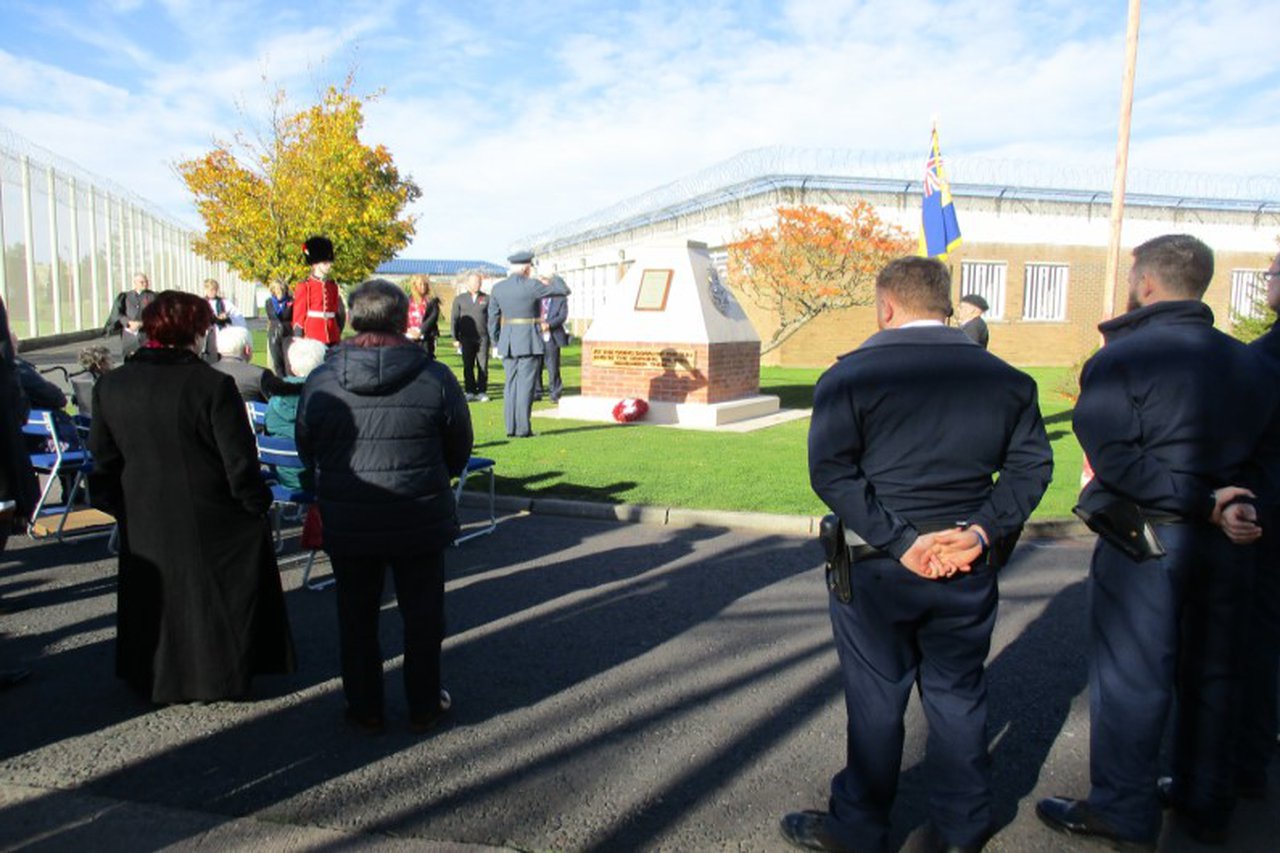 The project has been managed by the Novus team who run the education department within the prison. Learners from construction, creativity, English and Maths classes worked together on the eight-week project, to design and create a permanent memorial to war veterans and those who worked in the establishment when it was a military air base.

Mairi Campbell, Education Manager for Novus said: “This project has provided a wonderful opportunity to commemorate the historic importance of the RAF site at Acklington. The initial planning and research has been done by our functional skills learners and the final construction has been completed by plasterers, bricklayers and carpenters from our vocational courses.  The planning of the memorial is a great example of collaborate work between Sodexo and Novus and is an illustration of the quality of work the residents can produce.”

Nick Leader, Director at HMP Northumberland said: “This piece of work has enabled a number of our prisoners to be involved in something which has significant meaning to the area. War Memorials offer us a permanent reminder of those who have made extraordinary sacrifices in the arena of warfare for their country. They are a signal to all who pass, pause or pray near them that we are thankful to servicemen and women and we will not forget them. This has special significance to us given our site was used by the RAF. War Memorials also act as a prompt for us to consider the hard work of reconciliation between nations and peoples so that past sacrifices are not made in vain. It’s a delight that the prison has been able to help make this difference in partnership with Novus.”

The project gave the learners the opportunity to showcase the skills they have learnt whilst in education. One of the learners, who himself is a veteran and has just completed his Level 3 Bricklaying qualification, said: “I am very proud to be given this opportunity to help build the memorial.”

The memorial will give residents, staff and visitors the opportunity to enjoy a place for quiet contemplation as well as being a central point for formal remembrance services.

There will be a special dedication ceremony, led by the Reverend David Haslam, RAF Boulmer’s Station Chaplain, on Wednesday 24 October. HMP Northumberland residents and staff will join The High Sheriff of Northumberland, The Bishop of Newcastle, members of the Armed Forces charity SSAFA, veterans and local community groups at the event.

RAF Acklington was operational initially from 1916 when it was used by the Royal Flying Corps (RFC) and from April 1918 when it was used by the RFC’s successor the Royal Air Force (RAF).  It was closed in 1920 but then reopened in 1938 until 1975. The site was then turned over to Her Majesty's Prison Service for the creation of the two new prisons, HMP Acklington and HMP Castington. HMP Northumberland was created with the merger of the two prisons in 2011.