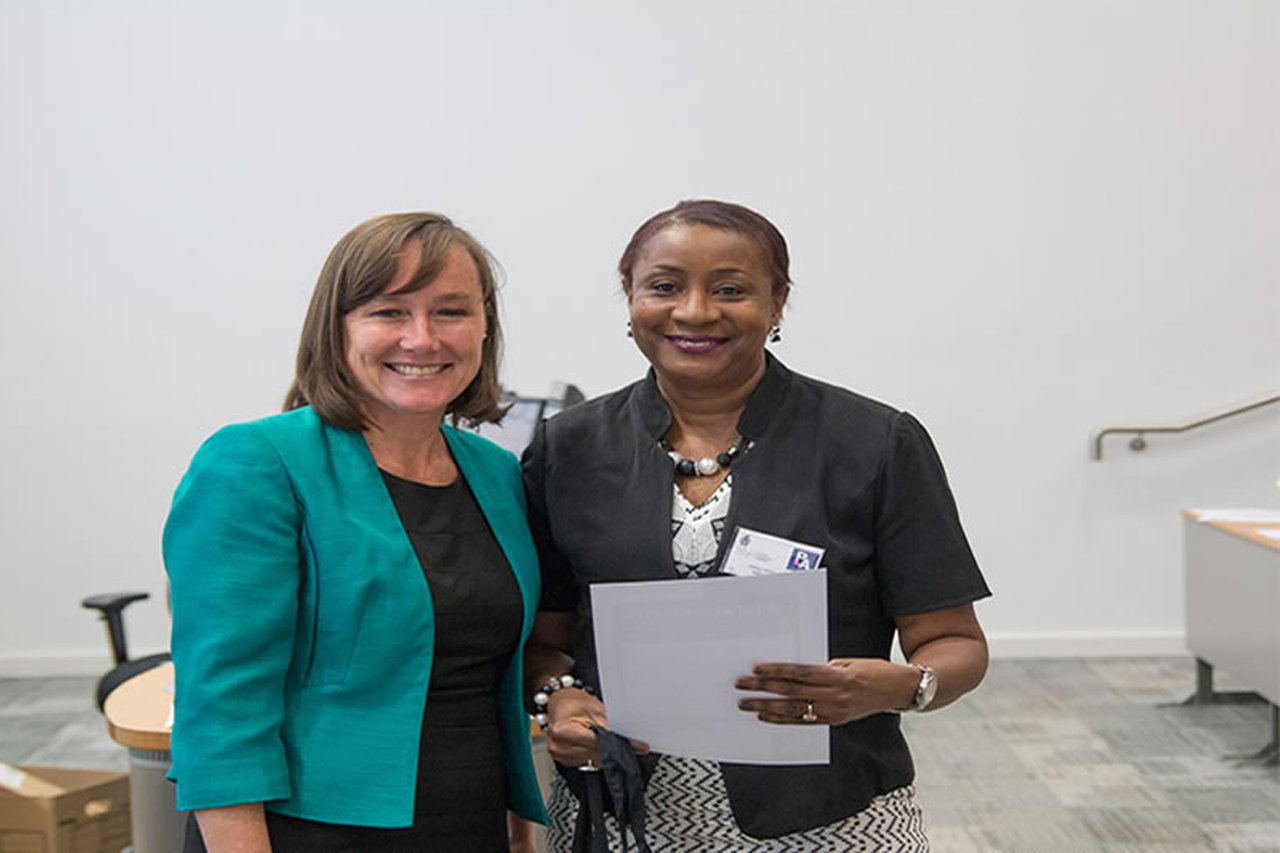 Vilma Smith-Yates, who is based at HMP Wymott, and Sue Kane, who works at HMP/YOI Low Newton, have won the Prisoners’ Education Trust’s ‘Outstanding Teacher’ award. The awards are unique, in that they only collect nominations from men and women who are currently in custody. More than 200 nomination letters were received from people in custody.

They are the second and third Novus teachers to receive the honour this year. Aleta Blackall, a Skills for Life Curriculum Team Leader, was also successful in the same category.

Vilma is a Personal & Social Development tutor. She has raised more than £7,000 for charity through various fundraising drives with colleagues and learners, and also runs a Student Council, in which learners help to improve learning within the prison and act as peer mentors in lessons and on the wings.

Sue, who joined Novus six years ago, teaches NVQ Customer Service. She said: "The learners with whom I work absolutely inspire me. I treat them like human beings, as I am not here to judge. I am here to rehabilitate them and help them back into the community.

The way they cope with prison is so impressive and I am ever so proud to have won this award on the back of their nominations.

Vilma (pictured receiving her award from Jo Stevens MP) was delighted and humbled to be named the winner of such a coveted accolade and said: “I am honoured to be nominated by my learners and humbled by the gracious sentiments that they have expressed. I am grateful that I have been given the opportunity by Novus to play a part in transforming the lives of people who might have been disadvantaged and excluded from education.

“At Novus we are dedicated to putting learners on the path to a crime-free future by providing them with the skills and qualifications required to secure employment when they leave prison.”